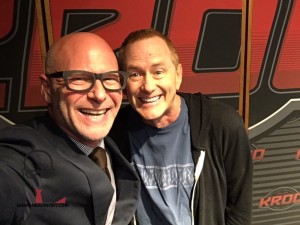 Darren Kavinoky in studio on air at The World Famous KROQ on The Kevin and Bean Show, March 15, 2016 Los Angeles Ca.

With St. Patrick’s Day this week, impaired driving is top of the mind of most in Los Angeles. You can read Darren’s recent blog post about the increase in Drunk Driving around the Shamrock Celebration here.

Darren Kavinoky appeared live in studio for Ask A DUI Lawyer #TheBachelor Report with Ralph Garman at the 7AM hour with show hosts Kevin and Bean. Darren stayed live through three segments of the show to answer caller questions as well as questions from the audience that were texted to the show.

Click to tweet
Topics range from Darren’s energy level sucking the energy out of the room, his likeness to Mother Teresa, legal advice on expungement, his show Deadly Sins on the ID network, and includes his legal advice tip of the day which is, “The right to remain silent only helps if you choose to exercise it.”

Most important, Darren encourages listeners to donate and join the charity fundraising cause for the American Cancer Society at relayforlife.org this week.

Listen to the entire interview segment here (courtesy of The Kevin and Bean Show), and decide for yourself if Darren Kavinoky likened himself to Mother Teresa on air:

Following Darren Kavinoky’s appearance on air, he caught Petros and Money in the studio. See photo below.

via KROQ:
Petros Papadakis, having been the youngest captain of the USC Trojans football team, he has transformed his on field successes to his radio career. Matt “Money” Smith hosts the NFL Network, while calling the play-by play for the Big 10 network for football and basketball. 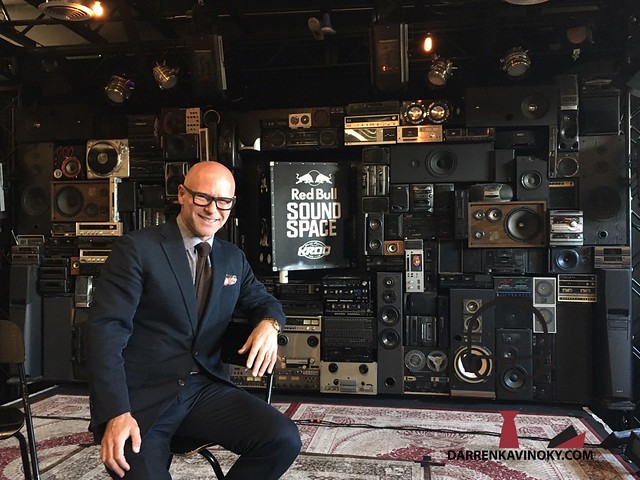 By Darren Kavinoky in Current Events & Legal News on March 15, 2016

Show us your #1800NoCuffs Tattoos this Spring Break

By Darren Kavinoky in Current Events & Legal News on March 15, 2016