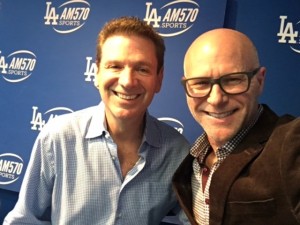 Fred Roggin host of LA Sports “Petros and Fred Roggin” show on AM 570 KLAC invited Darren Kavinoky on air to talk about the increase in drunk driving on Super Bowl Sunday.

1.800.NoCuffs founding criminal defense attorney Darren Kavinoky responds, “I agree with that point. And I would have no problem being put out of business and find something else to do with my life because of people making wiser more responsible choices in their life. But it’s funny, I think back to those Thanksgivings when I was a kid. And my mom would put the turkey in the oven with that ridiculous bright orange button and you push it down and when the button pops up you know that the turkey’s done. …But we don’t have those bright orange buttons to tell us when we’re over the legal limit and it’s not illegal to have a drink of alcohol and get behind the wheel. That’s just the facts. That’s the state of the law. But I agree wholeheartedly that the wisest course is if you’ve had anything to drink, do not drive.”

Asks Roggin, “The Superbowl is coming up. I would think, there is as much if not more alcohol consumed on that day than New Year’s Eve. What are the concerns people should be looking out for?”

“Your intuition on this is absolutely right that it is one of the most dangerous days of the year to be on the road. And it varies from county to county. Los Angeles for example over a five year period, I believe it was a 77% greater chance of being involved in an alcohol-related fatality on Superbowl Sunday,” Darren Kavinoky replies. 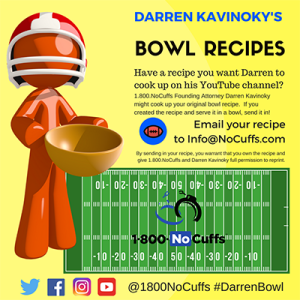 By Darren Kavinoky in Motivation on January 5, 2017