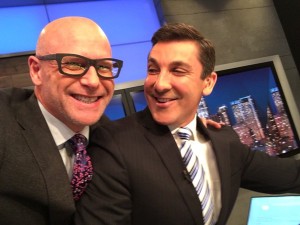 Erin Andrews $55 Million court victory and Hulk v Gawker were hot topics last night when I appeared on CNN International with John Vause.  Both stories have been dominating the headlines in recent weeks for their sensational details.  But the judge in the Hulk Hogan case has recently ruled that evidence related to the Andrews case must be excluded.

Erin Andrews mounted what could have been a difficult suit to sell to the jury with a big price tag against the Nashville Marriott.  Andrews lawsuit claims the hotel is responsible for allegedly allowing a stalker to easily check in next door to her and video tape her changing.  Andrews claims her life was ruined when the resulting naked footage of her surfaced online.

The jury returned from deliberation with a finding that reflects they believe her argument prevailed. Andrews didn’t quite get her full asking price–$75 Million–but she was awarded what most of us would consider a good chunk of change at $55 million dollars.  Of the fifty-five million dollar award, the jury found the Nashville, Tennessee Marriott to be forty-nine percent at fault, therefore responsible to pay out more than $26 million to Andrews.  “The jury found Barrett to be 51 percent at fault and required him to pay out more than $28 million. West End Hotel Partners, which owns and operates that Nashville Marriott at Vanderbilt University, was found to be 49 percent at fault and asked to pay out more than $26 million.” via Erin Andrews story via ABC’s Meghan Keneally.

In what Judge Pamela Campbell has now ruled is an unrelated case, former professional wrestler Hulk Hogan’s case against Gawker is also based around a naked video tape.  But this tape is of the adult kind and one in which he seen having sex with his friend’s wife claiming all parties were consenting.  Where the consenting stops, claims Hogan, is where the videotaping of the act begins.  Hulk Hogan claims he was unaware he was being taped. Last week “Judge Pamela Campbell granted a motion by Gawker’s lawyers to exclude evidence related to Andrews [case].”  –via CNNMoney by Tom Kludt [http://money.cnn.com/2016/03/04/media/hulk-hogan-gawker-jury-seated/index.html ].

As the case moves forward, Hulk Hogan’s lawyer, Shane Vogt, claims that when Gawker posted a portion of Hulk Hogan’s sex tape in 2012, it did so to “harm” him.  Gawker denies this claim. The attorney for Gawker, Mike Berry, contends the sex footage is protected by the First Amendment and that Hogan made his sex life a matter of public interest.” –via CNNMoney by Tom Kludt [http://money.cnn.com/2016/03/07/media/hulk-hogan-court-sex-tape/index.html].

John Vause is a multi-award winning journalist for CNN International.  You can follow John Vause on Twitter here:  https://twitter.com/vausecnn

By Darren Kavinoky in Current Events & Legal News on March 8, 2016