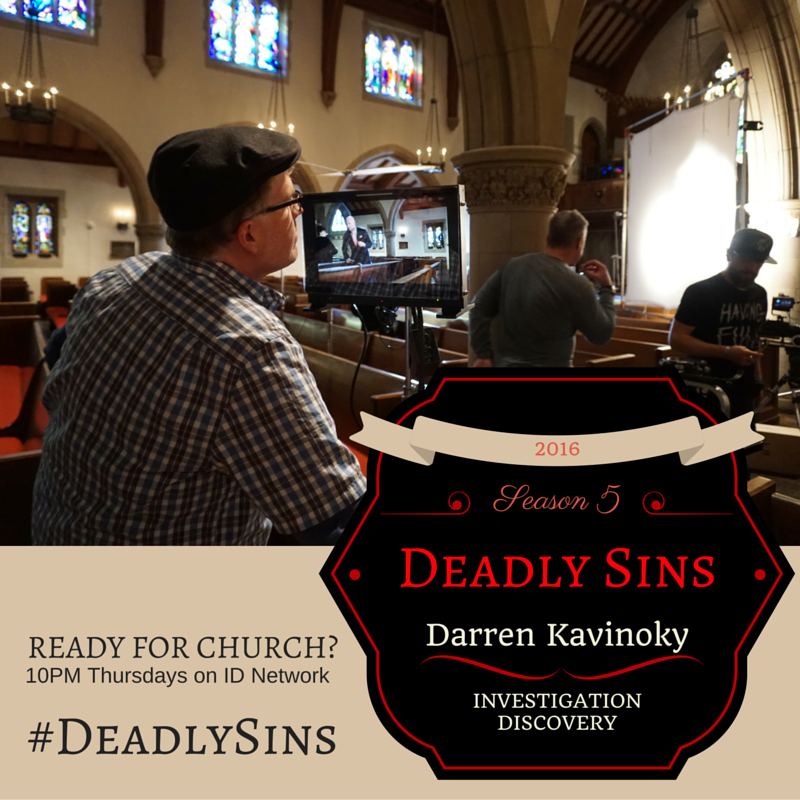 Are you ready for church? Deadly Sins Thurs 10PM on Investigation Discovery with Darren Kavinoky

Week four of Season 5 of Investigation Discovery’s Deadly Sins brings on the “Deacon of Death” tonight July 21st at 10PM/9c. Get your bowls ready for two scoops of crazy with show host Darren Kavinoky.

Tune in tonight and LIVE TWEET during Episode 4, Season 5 of Deadly Sins with Darren Kavinoky throughout the show with #DeadlySins.

Are you ready for church? #DeadlySins Thurs 10PM on @DiscoveryID with @DarrenKavinoky

Love Has No Labels #WeAreAmerica

By Darren Kavinoky in Behind The Scenes, Charity, Current Events & Legal News, Entertainment, Motivation on July 21, 2016

Could You Pass the Parent Day Quiz?

By Darren Kavinoky in Behind The Scenes, Charity, Current Events & Legal News, Entertainment on July 21, 2016