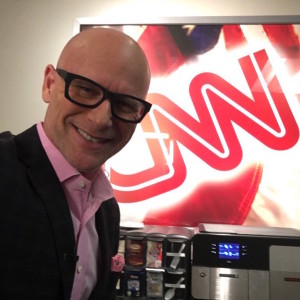 April 20, 2016–Los Angeles, California–“I want to speak with the f*cking owner. You are a f*cking idiot, you don’t know who I am,” reportedly rants Miami-Dade County Judge Jacqueline Schwartz at a waiter who would not serve her alcohol according to the waiter and an issued state report. The report also indicates that the officers called to the scene were called “pigs” by the Florida judge. Within days of this incident Judge Jacqueline Schwartz also allegedly appears “impaired in court.”

HLN’s Dr. Drew known for his addiction recovery shows turns to misbehavior expert Darren Kavinoky to weigh in on the drunken rant by Judge Jaqueline Schwartz.

“Do judges have more difficulty with psychiatric and medical problems that affect their functioning perhaps more often then we like to think?” asks Dr. Drew. “I, as an addictionologist, feel terribly sorry for this woman. I hear this story and my heart breaks. I get angry and frustrated as we all would. Darren I’m certain you had some good excuses when you were in your disease.”

“Oh my G*d, I got a million of them! But by the way before we go rushing to judgement about what was that’s going on here, there was a statement that came out, or at least her position is that she had taken some prescribed medication, that maybe [was] not taken exactly as prescribed,” says Darren Kavinoky.

“But how many times have we seen people report taking an Ambien and then waking up in the Burger King drive-thru or something like that?” asks Kavinoky.

“To me, in my humble clinical opinion, there’s impairment here, that this woman–to protect her–should be brought in preferably by her professional society, evaluated and given the care she needs. But in the meantime, lets say you’ve presented a case in front of her, how are you going to feel?” asks Dr. Drew of his attorney panelists.

“Ultimately it comes down to integrity in the system…this is more than just her behaving badly on a particular occasion, this is really about the public trust.”

You can read more about the case here.

Celebrity Personality, On-Air Legal Analyst, Keynote Speaker, Founder and Owner of 1.800.NoCuffs and The Kavinoky Law Firm at 1.800.NoCuffs and The Kavinoky Law Firm
Keynote speaker Darren Kavinoky is the creator and host of the hit TV show Deadly Sins on Investigation Discovery. He's also the co-host of ID's Did He Do It? and the featured criminal interventionist in ID's docudrama Breaking Point. Darren appears regularly as a legal analyst and a celebrity misbehavior expert on The Insider, Dr. Drew, CNN, HLN and countless more. Darren is the founder of 1.800.NoCuffs, The Kavinoky Law Firm, and is an award-winning attorney; He’s been named one of the “Top 100 Trial Lawyers in California” each year since 2007.

By Darren Kavinoky in Current Events & Legal News on April 21, 2016

By Darren Kavinoky in Current Events & Legal News on April 21, 2016