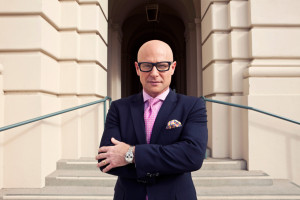 There is a hot debate happening in the Supreme Court this month. Based on the Fourth Amendment, is it legal for the State to force a person to take blood and breath tests without a warrant present when the consequence for not submitting to the test is a criminal offense?

Darren Kavinoky made a guest appearance on the Ethan Bearman radio show on KGO 810 San Francisco to discuss a case now being heard by the U.S. Supreme Court case that could alter DUI cases across the nation.

“There is a fascinating case happening at the United States Supreme Court out of Minnesota,” comments Bearman when introducing Darren Kavinoky to his audience adding, “so we reached out and we got the best man in the world to talk about this, Darren Kavinoky. No Cuffs. You have seen him all over the media world.”

Darren Kavinoky gives his explanation of this case to the radio show listeners, “So every state in the country has what they call implied-consent laws, meaning this. If you drive on the roads you are impliedly consenting to a test of your blood or breath to determine alcohol content if you are lawfully arrested. What Minnesota has in addition, and there are a few other states that have this as well, is they criminalize the refusal to take a test. So in every state you’ve got to do it and there’s a drivers license sanction that gets imposed for people that refuse. So let’s say for example in California you get pulled over for suspicion of DUI and they offer you a choice of blood or breath as police officers are supposed to do and instead you say, ‘No thank you to both.’ …Minnesota, because they criminalize the refusal to take the test as opposed to just imposing some sort of a drivers license sanction, that’s where we get into a whole other thorny group of legal issues.”

Charles A. Rothfeld addressed the court April 20, 2016, “The fundamental problem with the statues at issue in these three cases is that they make it a criminal offense to assert a constitutional right. Under the laws of North Dakota and Minnesota, a person who is stopped on suspicion of impaired driving is obligated to take a warrantless chemical test to determine the alcohol content of their blood.” [Quotes herein are via transcripts from the United States Supreme Court. April 20, 2016. Retrieved via http://www.supremecourt.gov/oral_arguments/argument_transcripts/14-1468_b97d.pdf].

Mr. Rothfield asserts his arguments that it is a violation of Fourth Amendment rights stating, “In this situation here, where the State is saying by fiat, you are subject to a criminal penalty, affirmative criminal penalty, for…asserting a constitutional right.”

Justice Alito suggests that one way to look at this situation is to see it as the State not necessarily criminalizing “the assertion of a constitutional right,” but criminalizing “the reneging of a bargain.” Justice Alito explains, “And the bargain was, we give you a license to drive, and in exchange for that, you consent to a…blood-alcohol test under certain circumstances. And if you renege on that bargain, then that’s what’s criminalized.”

Mr. Rothfield’s argument is predicated on the assertion that people don’t know they are making this consent when they apply for a drivers license, nor do they sign a consent form. In addition, since laws vary state to state, if you are an out of state driver then you would not have signed this consent form–if one were created. “It would be the State’s obligation to show on the totality of the circumstances that the consent to permit the search and, therefore, to subject yourself to the conditions is–is truly voluntary, that it’s the product of the defendant’s choice, that it was not the product of coercion.”

Justice Kennedy seems to concede Mr. Rothfield’s point in part stating, “You know, that especially in North Dakota and sparsely populated States, you have to drive in order to–so we know that consent is–is fictional in that sense.” Justice Kennedy added that even if the drivers signed a consent form to get a license he believed that the defense would still have an argument that “it’s coerced.” However Justice Kennedy also pushes on Justice Alito’s special needs question, “Why can’t we say it’s a special needs? Let’s assume the statistics are compelling. …And…talk about innocent–innocent lives, just as we were in Skinner.”

Justice Breyer asserts, “The question is whether the Fourth Amendment requires a warrant in these circumstances, and it seems to me if it does, then you win. And if it doesn’t then the State has considerable freedom.” He went on to ask Mr. Rothfield about the differences between a, “Breathalyzer and a blood test.” Justice Breyer asks, “What is wrong with a Breathalyzer test when it can save lots of lives and is given to those people with probably cause, I take it, or at least reasonable suspicion to think they’re drunk. It’ll clear the innocent; it’ll inculpate the guilty, very little interference. But a blood test, I mean, that might be a different thing.”

Mr. Rothfield’s response includes arguments that personal integrity is affected by having to submit to a breath test and that even the State concedes that the administration of this test is a search.

Justice Kagan responds with the idea that the breath test is minimally invasive and that, “the Court can look at the level of invasion incident to a search when deciding whether a particular search comes within the search-incident-to-arrest doctrine.”

Mr. Rothfield’s argues that the breath test is an invasion because, “You’re inserting a tube into a person’s mouth to get them to expel something from deep within their body so that it can be tested by the government.”

In response, Justice Breyer draws a parallel between a pat down and a breath test noting that in his opinion the pat down is more invasive but allowed.

Mr. McCarthy on behalf of the North Dakota was asked by Justice Sotomayor why if the state can obtain a warrant, and suspend a license, “what is it that justifies doing away with something as important as the Fourth Amendment warrant requirement?” Mr. McCarthy replies, “The problem here is that the States really can’t effectively –and North Dakota in particular–cannot enforce its drunk driving laws without a penalty for refusal that actually has teeth.” When Justice Breyer asks about how fast the State could obtain a warrant, and asks what would Mr. McCarthy say if the warrant were available at the push of a button, Mr. McCarthy says, “there is a delay…and that does make a difference.”

Justice Breyer presses Ms. Keena who argues for the respondent, “And now you’ve told me all the things that cut against you. You say, well, before we give the breath test we take them to the station, and so then that seems to take 15 minutes, and — and in the meantime why can’t you just call the magistrate, and at least we have some kind of safeguard against total arbitrary behavior.”

Justice Kagan asks the question that if they are driving the suspected impaired drivers to the station house anyway, why can’t they get a warrant?

Justice Sotomayer poses a different question that asks what is the State losing out on. “So if you can put a system in place for a warrant and you tell the person, if you don’t take the warrant you’re going to –if you don’t do the blood– the breath test, you’re going to be charged with obstruction, what are you losing out?”

Ms. Keena replies, “Well, what we’re really losing out is the enhanceability. …For a DWI..there’s enhanceability with DWI laws. So in Minnesota…if I can’t charge the DWI or refusal and I’m only left with an obstruction, I can no longer use that event to enhance any future DWI that same person might commit.”

Justice Sotomayer suggests that this argument on behalf of the State that they shouldn’t have to get a warrant because they lose the opportunity for enhanceability is fixable by the State’s ability to make law and not a reason to make an exception to the Fourth Amendment. “You can change the law. …It’s as if you want us to create an exception to the Fourth Amendment, and a very drastic one, to give someone the right to say yea or nay without a warrant, but we don’t permit people to say yea or nay when a warrant is present…If they don’t comply they’re charged with obstruction, and there will be consequences to obstruction.”

When Ms. Keena replies that these consequences are different, Justice Sotomayor responds placing the responsibility back onto the State saying, “Well, that’s because you choose not to penalize obstruction at a higher level. That’s your choice. We’re — we’re now creating an exception to the Fourth Amendment because of your choice.”

Watch CBS coverage and explanation of the Minnesota case:

By Darren Kavinoky in Current Events & Legal News on April 25, 2016

What to do with Prince's Fortune?