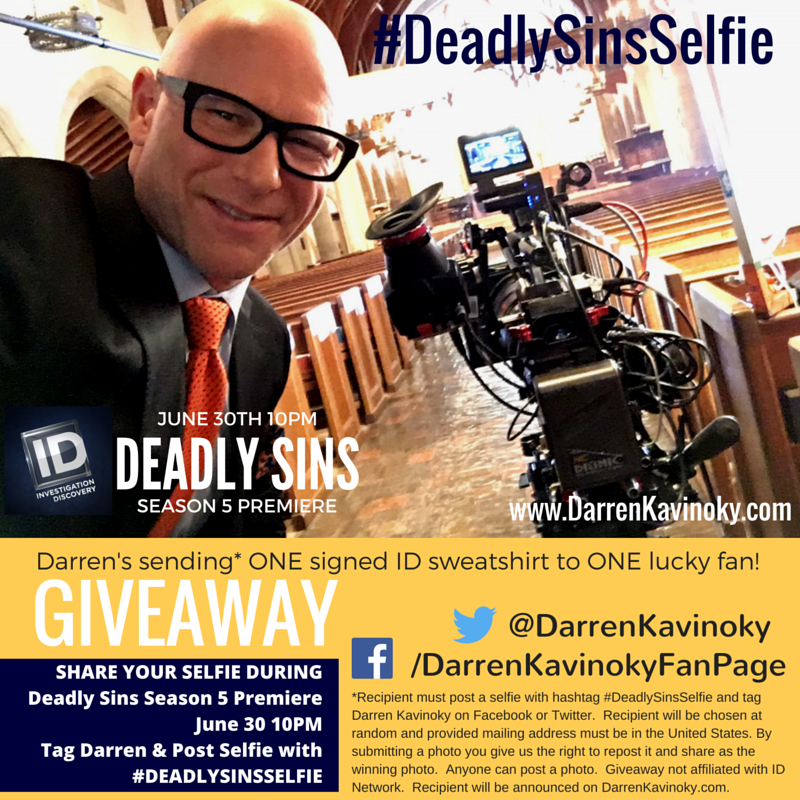 The Season 5 Premiere episode of Deadly Sins is High School Homicide. “A high school love triangle tangled up with lust and envy, leads to a plot steeped in horror and tragedy too horrendous to believe. Later, a prideful policeman almost pulls off the perfect murder, until the case resurrects more than two decades later.” [via investigationdiscovery.com]

*Recipient must post a selfie with hashtag #DeadlySinsSelfie and tag Darren Kavinoky on Facebook or Twitter. Recipient will be chosen at random and provided mailing address must be in the United States. By submitting a photo you give us the right to repost it and share as the winning photo. Anyone can post a photo. Giveaway not affiliated with ID Network. Recipient will be announced here on DarrenKavinoky.com. 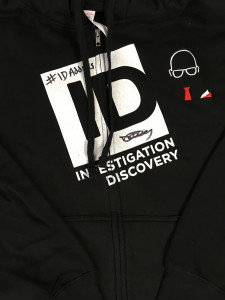 The premiere on June 30th is at 10PM. Tweet during the show with Darren using #DeadlySins. 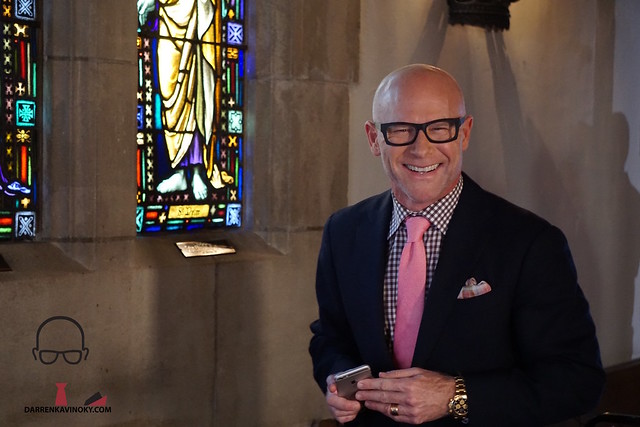