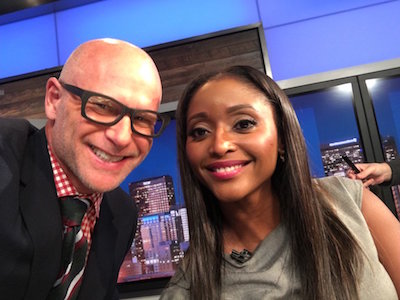 Ryan Lochte and his U.S. Olympic teammates Gunnar Bentz, Jack Conger and Jimmy Feigen story of being robbed in Rio is now being questioned. The four athletes told police they were heading back to their quarters on Sunday night in Rio when they were held at gunpoint and robbed. They said the robbers were dressed as police.

“Appearing on NBC, Lochte offered chilling details, ‘We got pulled over, in the taxi, and these guys came out with a police badge, no lights, no nothing — just a police badge and they pulled us over,’ Lochte told NBC. ‘They pulled out their guns, they told the other swimmers to get down on the ground — they got down on the ground. I refused, I was like we didn’t do anything wrong, so — I’m not getting down on the ground.
“And then the guy pulled out his gun, he cocked it, put it to my forehead and he said, ‘Get down,’ and I put my hands up, I was like ‘whatever.’ He took our money, he took my wallet — he left my cell phone, he left my credentials.'” [Retrieved via CNN.com http://edition.cnn.com/2016/08/14/sport/us-swimmers-ryan-lochte-robbed-rio-olympics/index.html]

Judge Keyla Blanc De Cnop, Brazilian Judge, concluded there was no evidence of the “psychological effect” you would expect to see, after watching a surveillance video of the athletes returning to the Olympic Village after the alleged incident. Isha Sesay reads the Judge’s statement, “They arrived with their physical and psychological integrities unshaken, making jokes amongst each other. Denoting that there was not psychological effect form the crime that had allegedly just happened.”

Kavinoky rejects this assertion by the judge. “That’s this judge’s conclusion. The fact of the matter is, that people respond to these exciting bizarre events in very very different ways. As a defense lawyer I would say, well no, here are four guys who survived a very harrowing experience. They’re finally back at a place of safety at the Olympic Village and so to see them laughing and joking amongst themselves–if in fact that is what they were doing–is what you would expect to see. It’s not so abnormal. What is abnormal in my mind is a judge who is out there promoting a particular interpretation of the evidence. That is the thing that is sort of troubling to me.”

Lochte clarified his story apparently to NBC Today’s Matt Lauer. Lauer appeared on air reporting, “When he talked to me tonight he said that’s when the guy pointed the gun in my direction and cocked it. And I pointedly said to him, you had said before it was placed on your forehead and cocked, he said no, that’s not exactly what happened. And I think he feels it was more of a traumatic mischaracterization. I think people listening at home might feel that was embellishment at the time.”

Lochte posted a thank you to his fans for their support via Instagram:

Criminal attorney Darren Kavinoky, appearing on CNN International August 17, 2016, talks about the case. “Certainly the Brazilian government is not going to just let this go. They are desperately in search of a graceful exit. It’s no surprise that there may be some conflicting stories between these various witnesses that were victims depending on how you characterize them.”

Kavinoky adds, “And of course, if you are a defense attorney, you are loving every minute of this. …As a defense lawyer being able to play a conflict between a statement made at one point and another statement made at another point, that stuff is a gold mine for lawyers.”

Darren Kavinoky joins CNN International Isha Sesay to discuss the legal issues. Says Kavinoky, “If I’m Lochte’s lawyer, I would say, ‘Yeah, you’ve had your last trip to Brazil buddy.’ Because it’s something people need to keep in mind that when they travel to a foreign country, they are responsible…to comport themselves with the law in that place.”

FOR MORE INFORMATION ON #LOCHTEGATE

“I think Brazil is embarrassed and trying to save face,” says Kavinoky. For more on the story tune into CNN International. 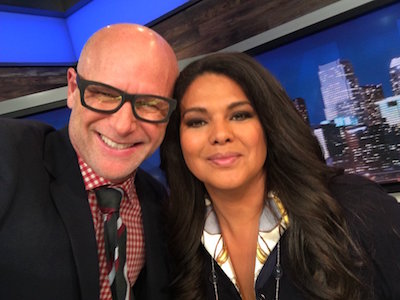 By Darren Kavinoky in Current Events & Legal News on August 18, 2016