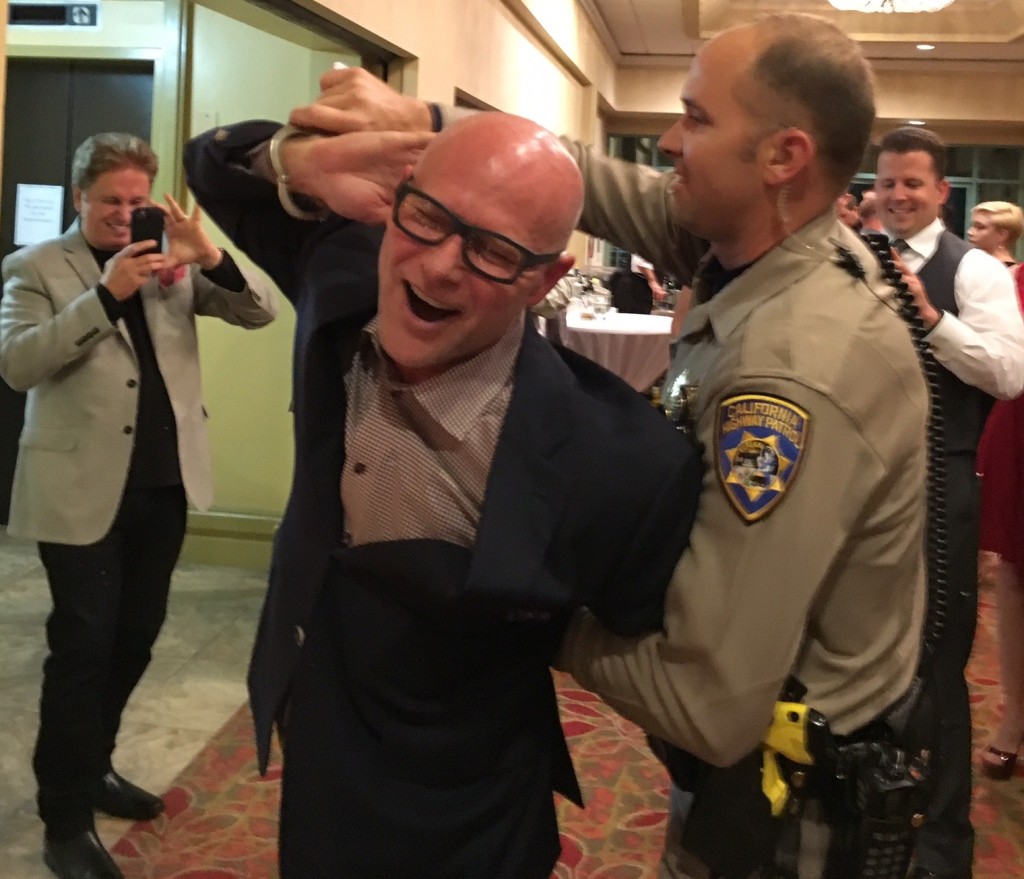 Above: Darren Kavinoky “getting arrested” at CHP Christmas party 2015 where he was one of the few non-CHP officers invited. He is pictured at the party with Erik Estrada below.

Super Bowl 50 is heading towards San Francisco on February 7, 2016, bringing with it a celebratory spirit and avid fans rooting for either the Carolina Panthers or the Denver Broncos. The national sporting event will catapult more than just Coldplay and Beyoncé into the spotlight, it also shines a bright light on a national problem—drinking and driving. According to the NHTSA, “On Super Bowl Sunday, alone, 40 percent of fatalities from motor vehicle crashes were connected to drunk driving.” (a)

As the founder of 1.800.NoCuffs, I can tell you first hand our firm sees a significant uptick in the aftermath of Super Bowl weekend. While it may not be illegal to drink some alcohol and then drive, it is illegal to drive impaired. Impairment is determined in one of two ways:

1. You have consumed alcohol to the extent that you meet the legal definition of impairment.(b) This doesn’t require any particular alcohol level to be reached. It’s just that you are unable to drive with the caution characteristic of a sober person as a result of drinking.

When I was a little kid and it was Thanksgiving, my mom would cook a turkey that had this ridiculous bright orange button on the side that you pushed down before you stuck the turkey in the oven. You knew it was done cooking when that button would pop up. People don’t have those buttons. We don’t have anything that tells us, “Uh-oh. You’ve reached that magic limit so therefore you shouldn’t be behind the wheel.”

The bottom line is once you have had that first drink, you are in a compromised position to judge your condition and yet, you are the only one ultimately who is sitting in judgement of your condition. To quote a classic line from the 1960s TV series Lost In Space, “Danger, Will Robinson!”

As a lawyer, I know that a lot of “dolphins get caught in the net.” The safest way to avoid this even being a problem is to not drive after you’ve had anything to drink at all. Take some sort of public transportation or designate a driver. 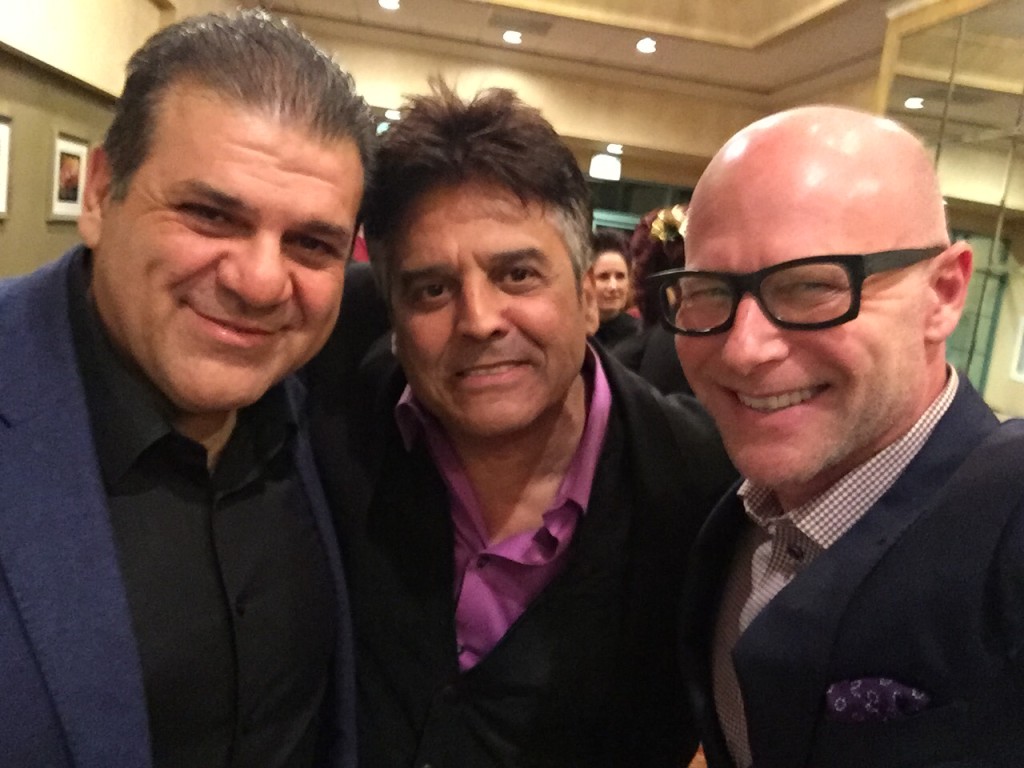 Having said that, as an attorney, I want you to not just be responsible on game day but also exercise your rights responsibly.

1. Law enforcement officers have a tough job to do. Keep in mind that their job is hard every day but especially so on holidays and events like the Super Bowl. So if they pull you over be respectful. And I’m not just saying this so I get invited back to the CHP’s annual Christmas party (see my pic above)! They have to make a snap decision on the side of the road, in the dark, with traffic whizzing by them. The practical, political and human reality is that they have more reason to arrest, then not.

2. You have the right to remain silent, but that does you no good unless you exercise that right! Be polite, but don’t incriminate yourself by oversharing. You can answer the necessary questions like giving the officer your name and your driver’s license. After that, there’s nothing wrong with being polite but saying, “I would love to cooperate but my lawyer would kill me. So I’m just not going to answer any questions without my attorney here.” Then tell them to call 1.800.NoCuffs.

3. If you get pulled over and are asked to take a handheld breath screening test as a further of a field sobriety test, know that it may be optional. In general, the pre-arrest breath screening test is usually optional, (some exceptions apply based on age and license status). If it is optional, it’s best to decline it because the breath tests are highly flawed.

4. Post arrest, under California law, you have impliedly consented to a test of your blood or breath if you are lawfully arrested and have been asked to take one by a police officer. If the driver declines to be tested post arrest, the consequences can vary but may include losing his/her driver’s license for a year or more!

5. TRAVELERS BE ADVISED: In the Bay Area, if you receive a DUI, certain San Francisco courts will often order you to be present at your hearing. So out of towners should be well advised that they may be coming back on another day if they drive under the influence.

Enjoy the game and have a game plan! Designate a driver.

(Full permission is granted by author to reproduce and publish this article and media assets with reasonable edits).

Footnotes
a. For drinking and driving statistics please visit the NHTSA’s official website. This statistic can be found at Consumer Advisory: NHTSA Advises Against Drinking and Driving on Super Bowl Sunday http://www.nhtsa.gov/About+NHTSA/Press+Releases/Consumer+Advisory:+NHTSA+Advises+Against+Drinking+and+Driving+on+Super+Bowl+Sunday

b. (A little legal blah blah blah: the way that impairment is defined for purposes of DUI is when you are unable to drive your vehicle with the same caution, characteristic of an ordinary person of reasonable prudence, under the same or similar circumstances.) Basically meaning that because you’ve consumed alcohol, you’re unsafe behind the wheel on the road.

By Darren Kavinoky in Current Events & Legal News on February 4, 2016