Weezer at KROQ is Walk Down Music Memory Lane 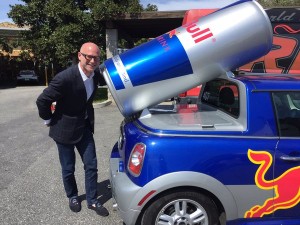 April 5, 2016–Los Angeles, CA–Last month, 1-800-No-Cuffs Darren Kavinoky and I were invited to hang out at the private Weezer concert at KROQ Red Bull Sound Space. If you haven’t been to this venue, it’s worth every dial and redial you make to try and call in and win tickets.

Small and mighty are the best two words to describe the intimate venue in Los Angeles. The KROQ Red Bull Sound Space draws huge names and frankly, I still think it was a dream that I got to see Blink 182 there a couple of years ago.

The sound in the Red Bull Sound Space is intense and the vibe is a true fan zone. For the most part it is a short set, but even though the bands come in to play only four or five songs, it’s like being front row for an experience of a lifetime.

Knowing it was Darren’s first time, I had the pleasure of watching him take in the experience as a newbie. I’m not sure if his eyes were wider when we walked in and were warmly welcomed with hot pizza, or when he saw the huge crowd we walked past that was lined up. It doesn’t seem possible that the room can hold so many people but it does and no one is afraid to get up close and personal inside.

Darren’s energy was high but of course he grabbed a Red Bull to drink anyway, because well, when in Rome… Then, with the room buzzing, Darren saddled in for a show from which he didn’t really know what to expect.
(SEE PHOTOS BELOW)

Weezer has some massive hit songs none of us will ever forget and of course they hit on a few of their best ones. Four of Weezer’s greatest hits are “Island In the Sun,” “Buddy Holly,” “Undone (The Sweater Song),” and who can ever forget “Beverly Hills,” (sorry if you now have that song stuck in your head the rest of the day. They also played new music from their April 1, 2016 release White Album, which they said in the interview after the show has no relation to The Beatles famous album.

The band brings a big energy to the stage and right about the time Darren asked me if he could crowd surf, I took the Red Bull away from him. There is never a dull moment with the Deadly Sins star and misbehavior expert so it wouldn’t surprise me at all if he threw himself onto fans nearby. Instead we chose the safer route of standing in the back and letting the music sweep us down memory lane.

“I have been a fan of alt rock since I was old enough to go to my first US festival in 1983 and saw Stray Cats, The Clash, and English Beat,” said Darren. And largely, this is where you hear Weezer’s alternative punk rock roots, in bands like INXS, Oingo Boingo, and David Bowie. Weezer music pushes boundaries and the new White Album does just that from the lead track, “California Kids,” to the lyrically poetic “Thank God for Girls.” “Summer Elaine and Drunk Dori” along with “King of the World” are highlights on the album and prove Weezer is not done pushing boundaries.

Special thank you to George Karthan, KROQ and Intermedia Team. We love bringing #1800NoCuffs tattoos and fun wherever we wind up.

(SCROLL THRU THE PHOTO GALLERY) 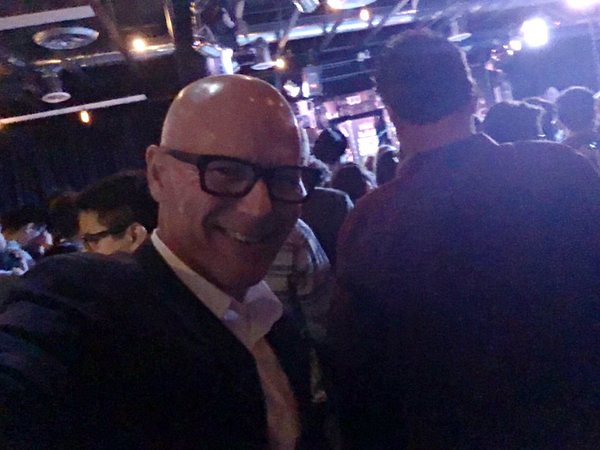 Is Your Google Search Criminal?

By Darren Kavinoky in Entertainment, Playlist on April 5, 2016