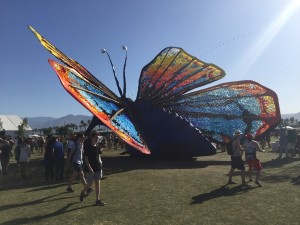 April 6, 2016–Los Angeles, California–Coachella Valley Music and Arts Festival in Indio Valley is only days away with weekend one being April 15th to the 17th. Do you have your Coachella essentials packed and ready? Year after year the pilgrimage into the desert draws new music fans of all ages to the three day event with no idea what to expect but plenty of Deadly Sins to experience.

Wind, heat and cold can all factor into the outdoor music festival experience. And with so many amazing bands in the lineup, you won’t want to miss a minute fussing with comfort. Depending on your pre-planning and packing–or lack thereof–your entire experience can be altered.

For your survival guide convenience, I’ve compiled a list of the top 10 Coachella essentials. From my experience journeying into the desert, you can’t be over prepared, (or under-dressed). So, if you’re a Coachella first timer, (and even if you’ve been before), be sure to peruse my list of survival tips to make the most of your three days out on the Polo Fields.

For your survival guide convenience, here’s a list of the top 10 #Coachella essentials.

10. Sunscreen. Because, safety first kids. It’s a long day with little shade and while number 9 is going to address this also, you can’t leave home without a bucket of sunscreen. My new fave is Australian Gold. (And no, they aren’t paying me to say this.)

9. Hat. Big and floppy preferably. You won’t be alone, I promise you. If you plan to show up before the sun goes down, then I promise you that a hat is a fashion essential at Coachella.

8. Comfortable shoes. Cute is fabulous for an Instagram pic but comfort is king at Coachella. The flat flip flop is a rooky mistake. Your feet will be sunburned in minutes and hotter than a battered bucket of mozzarella in a deep fryer. (Can you tell I’ve made this mistake before?) Converse are great and so are cute ankle boots! Don’t believe me? Give the sandals a try on day one, but pack a pair of comfortable shoes for day 2 of Coachella, (just in case I’m right).

7. A plan. Not to sound too much like my parents, but you need a plan. You can’t tackle Coachella without knowing who is in the lineup, who you want to see and which hard choices you are going to have to make to catch acts with conflicting set times. Map it out. Write it on your arm. Get the Coachella app. Do what you have to do. But know your bands and memorize the stages.

6. FireChat app. I’ve said it before and I’ll say it again, FireChat is the must have app for every music festival you attend. It can be impossible to get Internet service with so many festival-goers trying to SnapChat pics all at once. When you need to find your group, your ride, or your missing friends (and they will go missing), you will be happy that you downloaded FireChat. It works on a phone to phone network and it does not require any Internet connection. Repeat after me, FireChat is vital.

5. Fanny pack. Coachella essentials number 5, 4, and 3 are brought to you by experienced music festival attendee Jake Gould (find him on Twitter http://www.twitter.com/jakegould10) who has been there and done that. You will want to have a few things on you, (like money, chapstick, phone, etc.) so bring something you can keep it in. If you haven’t worn a fanny pack in decades, don’t worry, everybody’s doing it. You’re more likely to be out of place if you don’t have one at Coachella. The under 21 crowd loves to have their hands free so they can play and they have discovered the joys of the fanny pack.

4. Bandana. Think he’s kidding? Wait until the wind kicks up and you are eating clay. Then you’ll be wishing you could reach into your fanny pack and pull out a bandana like everyone else is doing at Coachella. Some groups even theme their life saving bandana devices and go all matchy matchy with them- or personalize and bling them out. I’ve seen it all.

3. Portable phone charger. There are more and more great ways to recharge at Coachella but most of them require you to sit still and hang out while you plug in. Jake’s had the first hand experience of wanting to be front row for a great show and needing to charge at the foot of a stage. Trust him on this one. If you want to be portable, pick up a phone charger that can recharge you on the go stick it in the fanny pack–then plug in when you stop for lunch or to cool off if necessary. Something about being in the desert drains down the phone battery in half the normal time.

2. Playlist. It’s a long drive into Indio Valley so be sure to load up the Coachella playlist I created and posted on Darren’s Spotify. You can survive anything with a great playlist. Plus, you will want to hear all the great bands that you can see live before you get there so that you can sing along when you are dancing in the crowd. The Coachella 2016 playlist includes AlunaGeorge, Alessia Cara, BØRNS, CHVRCHS, Calvin Harris, Chris Stapleton, Cold War Kids, Courtney Barnett, Disclosure, Edward Sharpe and the Magnetic Zeros, Ellie Goulding, Flume, Gary Clark Jr., Guns N’ Roses, Halsey, Ice Cube, James Bay, LCD Soundsystem, Joywave, Louis The Child, Matt and Kim, M83, Nicole Moudaber, Of Monsters and Men, Parov Stelar, Robert DeLong, Sam Feldt, Sia, Silverspun Pickups, The 1975, The Chainsmokers, The Kills, Wolf Alice, Years & Years, Zedd and Zella Day.


The No. 1 Coachella Must-Have

1. 1800NoCuffs Tattoo. While I’m sure all of you are going to make very good choices in the desert, the 1.800.NoCuffs temporary tattoo is the number one item you should not leave home without. It’s the tattoo you should always have on hand, literally. Need one? Email us your address. 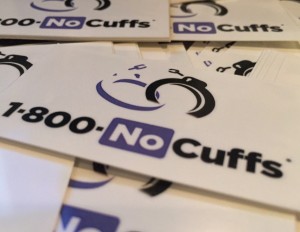 #1800NoCuffs tattoos so you can always have the number on hand!

Be safe out there and be sure to tag #1800NoCuffs in your festival pics so we can repost you on The Kavinoky Law Firm twitter page and 1-800-No-Cuffs Instagram feed!

Weezer at KROQ is Walk Down Music Memory Lane

By Darren Kavinoky in Entertainment on April 6, 2016

By Darren Kavinoky in Charity, Motivation on April 6, 2016