A message from Darren Kavinoky…

According to the National Center for Children’s Vision and Eye Health Maternal and Child Health Bureau, “More than 12.1 million school‐age children, or one in four, have some form of vision problem, yet the growing prevalence of these problems begins before a child even enters school. ”

As someone who relies on glasses to see, —despite the #GlassesGate rumors, these are real— I want to be sure that everyone knows that AUGUST is Children’s Eye Health and Safety Month. Be sure you book an appointment to have your child’s eyes examined before school starts. Their vision is so important and can affect their performance in school.

Early examination of your young child’s eyes can detect things like
Amblyopia (lazy eye) which if untreated will lead to permanent vision loss.

I personally know a child who was super shy until the age of four when she was diagnosed with both amblyopia and nearsightedness. Her dad noticed that her eye was turned in a photograph. A simple visit to the ophthalmologist and a cute new pair of Disney glasses changed her little world and opened up her personality.

You can learn more at preventblindness.org. 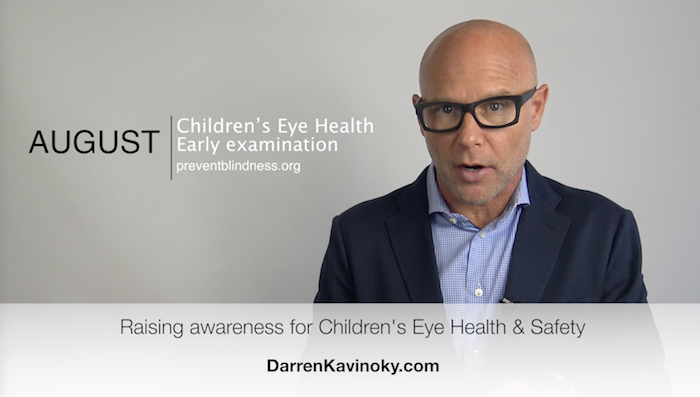