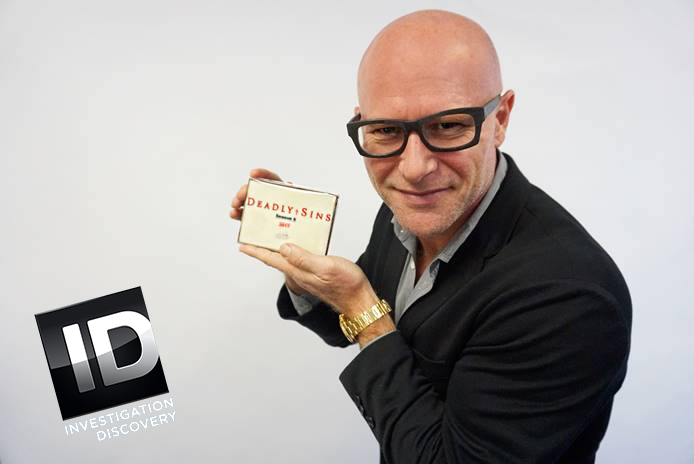 ID Addicts will be thrilled to hear that Investigation Discovery Deadly Sins will be back in 2017 with all new episodes for Season 6 of the true crime series.

“Deadly Sins, the tantalizing true crime show that breaks down crime to its deadly core, has had five sinfully successful seasons and announces today Investigation Discovery’s hit show will return for a 6th season. Season 6 promises to be bigger than ever as the show continues to draw audiences and engage viewers around the world. Darren Kavinoky, who made a surprise appearance at the network’s 2016 IDCon this summer, will also return to host the series. Deadly Sins season six is expected to air on ID in 2017.

Every episode recreates two ripped-from-the-headlines crimes that highlight the twisted tangled web woven from gluttony, greed, lust, envy, sloth, wrath and pride. ID’s Deadly Sins Season 6 will indeed thrill audiences with recounted devilish deeds. The church bells are being polished and host Darren Kavinoky is picking out his suit and tie to bring viewers the deadliest season yet. True evil lurks behind scandalous crimes and Deadly Sins’ misbehavior expert serves up the goods with his legendary “two scoops of crazy” quips and commentary.”

By Darren Kavinoky in Current Events & Legal News on October 26, 2016

By Darren Kavinoky in Current Events & Legal News on October 26, 2016