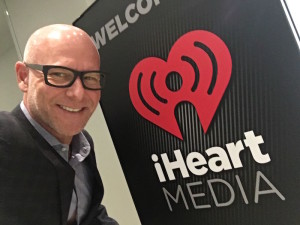 Monday, October 17, 2016–Los Angeles, California–Darren Kavinoky appears on The Woody Show, 98.7 FM in the Los Angeles area (or listen to iHeart Radio online) to give his legal advice on DUI, “the most popular arrest.” (Kavinoky). DUI stands for Driving Under the Influence.

Says Kavinoky, “How do we come up with testing for those that imbibe and are accused of DUI? And of course, there are long-standing rules about that because impairment–and people need to know–that you can be impaired whether you are drinking something legal or illegal, prescribed or not prescribed. If it causes you to be unable to drive with the caution characteristic of a sober person of ordinary prudence under the same or similar circumstances (that’s the legal blah blah), then you can be arrested for DUI. So that includes your medically recommended weed.”

Darren Kavinoky on The Woody Show

The Woody Show puts Darren Kavinoky’s skills to the test. Says Woody, “I have all these people in the news, you always read about these people who get in trouble. I would like to bring these stories up. And we’ll see how you can break it apart as far as how/where did they make their biggest mistake, just from the information that we have. And then, how would you defend them? Or how would you even begin to defend them? We’ll see how good you are Darren Kavinoky.”

The Woody Show asks Darren Kavinoky about a story in the news about Chris Brown being served at a basketball game and running away from the server. [Read more: TMZ Staff. October 17, 2016. “Chris Brown Accused of Pulling a Road Runner…Meep Meep!” TMZ. Retrieved via https://www.tmz.com/2016/10/17/chris-brown-served-lawsuit-runs-away/”

The Woody Show asks, “Was he served?” Answers Kavinoky, “You can serve people by serving them personally, or in some situations by publication So this is where you’ll see in the newspapers they’ll have official notices and all kinds of those kinds of doing business as and those things. And you can actually serve people with lawsuits by publication. But this sounds to me like when the lawyers go into court and fight about whether or not he was served. Those papers got put into his proximity and the fact that he treated them badly, is not necessarily going to be helpful to him. But when we’re talking about serving people with papers generally we are talking about civil lawsuits, fighting about money as opposed to wearing handcuffs.”

In order to successfully sue somebody, you have to give them notice for what it is that you are suing them for, and the fact that Chris’s entourage rejected this, unlikely to be helpful to Chris.”

How Good of Lawyer is Darren Kavinoky?

The Woody Show, “I’m gonna give you some of these stories in the news..I think to myself man I would just hang up. I wouldn’t even defend these people.”

Attorney Darren Kavinoky weighs in with his comments on “how to” defend the “odd” headlines in the news. The key legal takeaways from the lawyer?

When asked how to defend a female who was arrested for a second DUI, Kavinoky says, “Spoiler alert, sometimes when the handcuffs go on, windows of opportunity open for individuals to get introspective about changing their lives. And this may be somebody where the best thing to do given what sounds like overwhelming evidence of driving under the influence. Let’s say that they’ve got this woman…we’ll maybe we need to talk about making sure that this person is not a repeat customer of the justice system. And so, I don’t know, how about either rehab or counseling or something because ultimately, and this is my rant, I’m sorry. This is the thing that I think is fundamentally broken in our justice system. We lock people up for taking an action like driving drunk, holding up the 7-Eleven, whatever it is, but we warehouse these people with people that have the same broken thinking mechanism that caused them to take that action in the first place and we do very little to help address that underlying thought problem that leads people to take these broken actions. I would say, in this situation, let’s get this lady some help. …Maybe I’m the crazy one, but I like to leave people better off than when we found them.”

“1.800.NoCuffs. They are really experts at what they do,” The Woody Show

MORE ABOUT THE WOODY SHOW
“The Woody Show is driven by a cast of characters coming from a diverse range of backgrounds – all finding a common sense of humor and a love of entertaining their legions of fans weekday mornings from 6a-10a. Woody, Ravey, Menace and Greg Gory are irreverent, real and unapologetically themselves. They talk about the things that are important to all of us. They are the friends you’d want to hang with after work, at a party, or anytime!” –VIA http://alt987fm.iheart.com/onair/the-woody-show-54307/

By Darren Kavinoky in Current Events & Legal News on October 17, 2016

By Darren Kavinoky in Entertainment on October 17, 2016