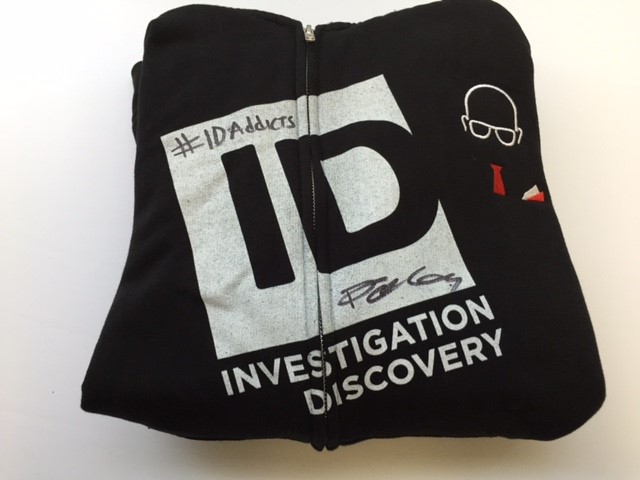 Tweet for a chance to win this autographed Investigation Discovery sweatshirt:

This week on Investigation Discovery Deadly Sins will be airing back to back episodes at 8 and 9PM PST.

Hey, Deadly Sinners as we get closer to the season finale, the double episode of Deadly Sins, this week, Thursday night at 8 and 9PM. You know, it just makes me a little bit oh, introspective, a little emotional.

I’m so grateful for the opportunity to be a part of the show, to host the show as the co-creator of the show and hope that we’re back for many many more seasons. And I hope that you’ll be joining us just like you will for the two screen experience tweeting with me live during the final double decker episode of Deadly Sins on Investigation Discovery.

“In Washington State, a greedy pastor decides that one woman just isn’t enough, and fills his odious appetite with the ladies in his congregation. Later, a single mother finds love with a young man carrying a troubled past, only to be torn away by sin.”

Until Lust Do Us Part

“A successful couple has everything they could want, but one fo them is consumed by a lust that will destroy their marriage, and end one of their lives. Later, a stripper with a tragic past marries a kind man, but when greed takes hold, it leads to blood.”

Follow me
Latest posts by Darren Kavinoky (see all)
SHARE THIS ↓
Categories:Entertainment
Tags:Darren Kavinoky, Deadly Sins, Investigation Discovery, Prey for Me, Season 5, season finale, Until Lust Do Us part

By Darren Kavinoky in Current Events & Legal News on August 23, 2016