“There are definitely some dolphins that get caught in the tuna net,” says attorney Darren Kavinoky on Fox 11 when talking about DUI Checkpoints. With the Labor Day weekend approaching Friday, September 2nd through Monday, September 5, 2016, checkpoints will be on the rise.

The stated goal of DUI checkpoints as seen below is to reduce incidents of impaired driving. The publication of where the DUI checkpoints is viewed as an effective deterrent to drivers who might otherwise choose to get behind the wheel while intoxicated.

What to do if you are arrested at a DUI Checkpoint

Says Kavinoky, “The first thing to be aware of if somebody [was] arrested after going through one of these checkpoints is they definitely want to consult with an attorney whether it’s me or somebody else. You pick up the phone and call a lawyer because there are some requirements for that checkpoint to be legal. There has to be advanced publicity. There [have] to be certain ways that the checkpoint is run where people are stopped based on a mathematical formula rather than the police individually picking out [people]. …Otherwise, it’s a violation of people’s Fourth Amendment rights to be free from unreasonable searches and seizures.”

What to do if you are going through a DUI checkpoint

“If you are going through one of those checkpoints,” Kavinoky advises, “what you do really is a function of whether or not you choose to be fully cooperative and risk giving the police evidence that can be used against you. …You don’t have an obligation really to speak to law enforcement, you don’t have an obligation to answer a lot of routine questions such as, ‘Have you had anything to drink?, ‘Where are you driving from?'”

Kavinoky adds, “If somebody is arrested from following a DUI checkpoint, a lot of those answers that people give where they think they are talking themselves out of trouble, all that serves to do is talk them deeper into trouble. …If you ever tell police, ‘I had two beers two hours ago,’ you’re going to jail. Because the police interpret that as somebody who is minimizing and also backdating their drinking.” 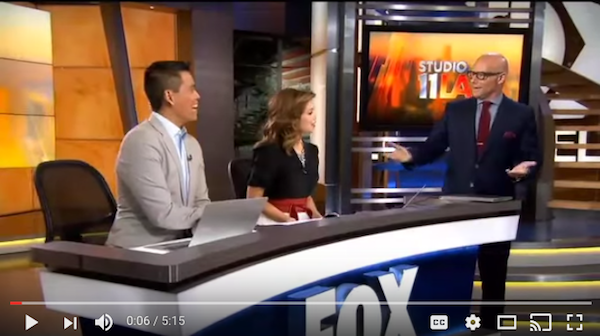 Labor Day weekend is approaching and drunk driving concerns are on high alert. A report recently released by the Ventura County Sheriff’s Office states, “The deterrent effect of DUI checkpoints is a proven resource in reducing the number of persons killed and injured in alcohol or drug involved crashes. In California, this deadly crime led to 867 deaths and over 23,000 serious injuries in 2013 because someone failed to designate a sober driver. Nationally, the latest data shows over 10,000 were killed by an impaired driver. …Research shows that crashes involving an impaired driver can be reduced by up to 20 percent when well-publicized DUI checkpoints and proactive DUI patrols are conducted routinely. Drivers caught driving impaired can expect the impact of a DUI arrest to include jail time, fines, fees, DUI classes, other expenses that can exceed $10,000 not to mention the embarrassment when friends and family find out.” [Ventura County Sheriff’s Office. “Community: DUI/Driver’s License Checkpoint News Story,” Press Release. August 27, 2016.]

By Darren Kavinoky in Entertainment on August 26, 2016

How does a DUI arrest lead to lethal choke hold?

By Darren Kavinoky in Current Events & Legal News on August 26, 2016