Darren Kavinoky has fallen ill with Tour de France fever! Watch Darren Kavinoky of 1.800.NoCuffs show his love for the cycling and endurance event of the year. This is the funny side of Darren Kavinoky that is rarely seen while he is fighting cases in court and appearing as the legal go to man on serious news shows like CBS The Insider and Dr. Drew. Who wants to be on #TeamDK? Let’s go!

Here’s to catching up with the riders on the mountain stages and having the #TheBestSummer!

“The line between insanity and genius is said to be a fine one, and in early 20thcentury France, anyone envisaging a near-2,500-km-long cycle race across the country would have been widely viewed as unhinged.” via http://www.letour.fr/le-tour/2016/us/history/. 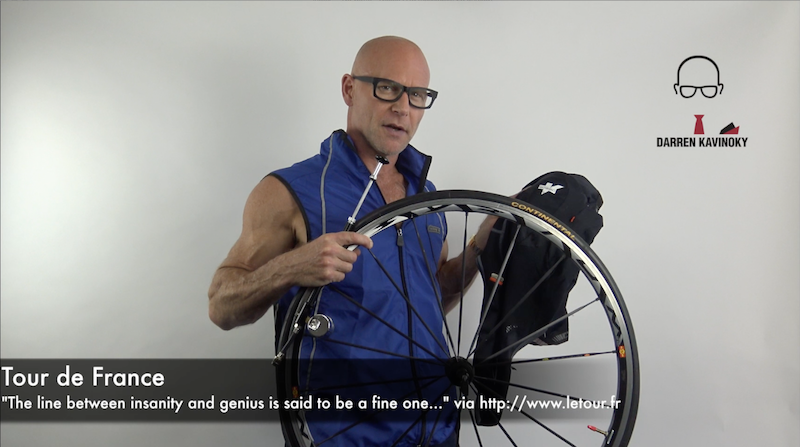 A MESSAGE FROM DARREN

As most of you know the 2016 Tour de France is about to kick off it’s 103rd edition of the cycling race. I’m thinking if I could just get these tires pumped up and find a pit crew, I could cycle all the way to the South of France and catch up with those riders. I’m positive I could dominate in the mountain stages and bring home the gold. Wait is that the Olympics? What do you get for winning the Tour de France? Anyone know? Who wants to time me???? –Darren Kavinoky

“I’m joining #TeamDK on the #TourdeFrance! Let’s cycle to France!”

For over a hundred years the athletes that compete in this race have been inspiring and motivating others to push their bodies farther than they think possible. While we probably can’t (sorry Darren) actually catch up with the Tour de France riders, we can use this as a self-motivating push to get ourselves out cycling today!

By Darren Kavinoky in Behind The Scenes, Crime, Current Events & Legal News, Entertainment on July 1, 2016