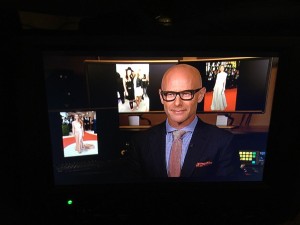 June 7, 2016–Los Angeles, Ca–With a report surfacing that Amber Heard was previously arrested on domestic abuse charges, Darren Kavinoky discusses how this may or may not affect the charges of alleged domestic violence made by Amber Heard against Johnny Depp in their divorce proceedings.

If you want to read more about the reported prior arrest of Amber Heard, you can read the TMZ June 7, 2016 report here: Amber Heard Was Arrested for Domestic Violence Against Girlfriend in 2009 retrieved via: https://www.yahoo.com/celebrity/amber-heard-was-arrested-for-domestic-violence-124301800.html

Legal Analyst for The Insider Darren Kavinoky weighs in with an in depth look at the case. “Even at its worst, the allegations are seven years old. They are relatively minor and no charges were brought so it’s unlikely to be a major factor in this current divorce case.”

Adds Kavinoky, “In the world of high stakes litigation the idea of digging and slinging mud so it can play out in the court of public opinion is nothing new. And as a lawyer, the timing is a tad suspicious.”

Watch the segement here (video courtesy of CBS The Insider):

First signs of Rachel's alcoholism in The Girl on the Train

By Darren Kavinoky in Behind The Scenes, Crime, Current Events & Legal News, Entertainment on June 7, 2016