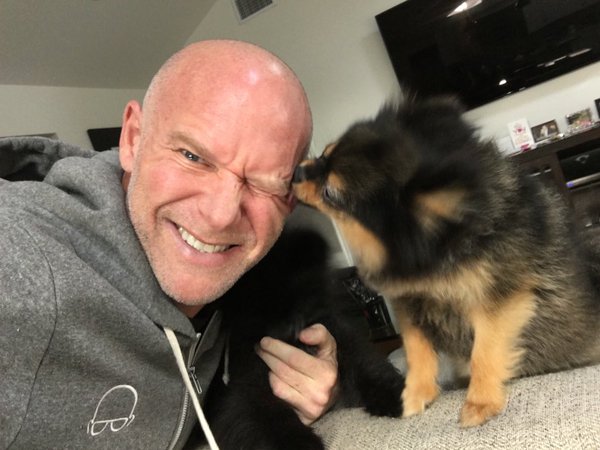 Darren Kavinoky celebrates National Pet Day with his celeb pooches Willis and Cash, who even have their own Twitter account @WillisandCash

April 11, 2016–Los Angeles, California–Celebrities do everything with a bit more pizazz and National Pet Day is no exception to that Hollywood rule. How did your favorite celebrities pamper their pooches for #NationalPetDay? We’ve compiled the top 5 best posts to show you how these cool celebs showed off their best friends!

Radio Disney Tweeted a pic of Demi Lovato with her puppy and “@jiffpom” for National Pet Day:

Ryan Seacrest Tweeted out the obvious on National Pet Day… guilty! We love our pets!

today is #nationalpetday? As opposed to the other days we're shy about tweeting pics of our pets?

Are you loving CW’s The Flash as much as we are? If you haven’t seen it yet, you can catch The Flash on Tuesday nights at 8/7c. Watch full episodes here: http://on.cwtv.com/FLAtw. In the meantime, check out the cuteness that is actress Danielle Panabaker’s pooch for National Pet Day post:

iHeart Radio perhaps wins with the heart of every X fan today… None other than Ed Sheeran and the cutest kitty cat ever make their National Pet Day Tweet!

Los Angeles Dodgers fans will love this pooch post by Enrique Hernandez snuggling up to his sweet pup!

Taking top prize to round off the list of favorite celebrity National Pet Day posts is the beautiful and talented Kirstin Maldonado of the phenomenally talented GRAMMY® award winning a cappella band Pentatonix!

By Darren Kavinoky in Crime, Entertainment on April 11, 2016