What to do with Prince’s Fortune? 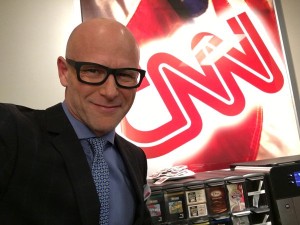 April 25, 2016–Los Angeles, California–The music world is still mourning the loss of the Purple Rain legend, Prince. Processing the death of any person is difficult and mourning their loss takes time.

Unfortunately, legal issues begin popping up quite fast when someone passes away. In the cases of celebrities, pressing estate issues can arise even faster. Such is the case for music icon Prince known for hit songs like “Little Red Corvette,” whose life was lost “much to fast” last week.

Did Prince have a will?

Darren Kavinoky joins CNN International to discuss “the overriding question” as Isha Sesay frames it, “Did he or did he not have a will?” Darren Kavinoky answers, “That is the big question. It would be shocking frankly to think that somebody as sophisticated in business transactions wouldn’t have a will but…” John Vause interjects, “But it is being reported that there is no will. They haven’t found one yet.”

Isha Sesay asks Darren Kavinoky how Minnesota law deals with an estate belonging to an individual without a legal will in place. “Under Minnesota law it apparently would be his sister who is the only heir that would inherit an incredibly vast fortune which has been valued at something around $300,000,000 [three hundred million] dollars or more. There’s some debate actually about the value. And of course the amazing thing, and we’ve seen this happen time and time again, where after a celebrity dies the value of their estate increases dramatically. We saw that in the Michael Jackson case where since his death now he’s worth a billion dollars.”

John Vause asks, “Prince had three half brothers who are still alive, two half sisters who are still alive, do they have any claim here?” “Well they may,” answers Darren Kavinoky. He explains, “When people die without a will there’s a formula that’s applied that says certain relatives will get a certain portion of the estate. But from what I’ve seen now, it really is the sister who’s going to be the ultimate beneficiary if in fact there is no will or no trust.”

The artist tweeted “I am #transformed” on April 15, 2016. This tweet, as of today, has now be retweeted over fifty-two thousand times.

By Darren Kavinoky in Current Events & Legal News on April 26, 2016