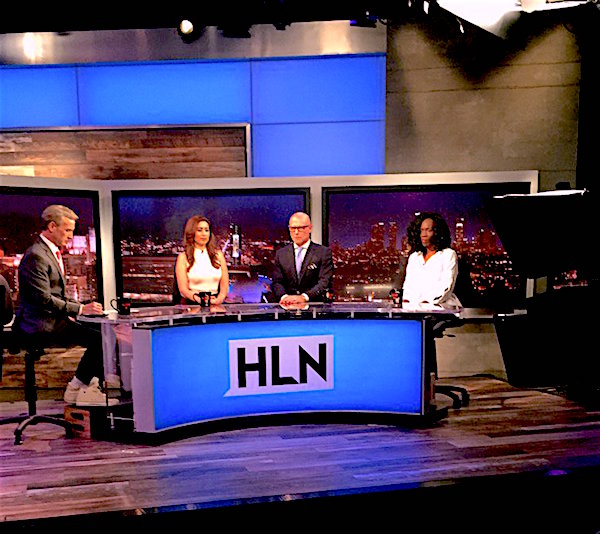 Darren Kavinoky’s Dr. Drew appearance on HLN August 31, 2016, with Dan Abrams filling in as host, along with Anahita Sedaghatfar, and Thema Davis.

Chris Brown was arrested on Tuesday, August 30th 2016 after a 14-Hour standoff with police. According to news reports, a woman called police for help saying that Chris Brown pointed a weapon at her while she was at a party at his house. On TMZ live, the woman, Baylee Curran said, "He pulled out a gun and said get the 'F' out of here and threatened me with it."

Police presence grew outside of Chris Brown's home and the singer took to social media and his Instagram account to deny that he was "barricaded" in his home. "You're all the worst gang in the world. The police. And I said it. F*** you," Brown said via a video posted to his Instagram account. Mark Geragos, Chris Brown's attorney said on HLN Dr. Drew August 30, 2016, "My client's position is we're cooperating, there's no truth to it. We're going to let it play out."

Chris Brown was eventually booked on ADW, suspicion of assault with a deadly weapon, by the LAPD. The court date for Chris Brown is reported to be September 20, 2016.

Baylee Curran appeared on ABC "Good Morning America" and said, "I thought he was going to shoot me. ...I was getting a lot of hate mail from the fans. Very very hurtful saying, 'Kill yourself, you're a snitch, you're a snake.'"

Darren Kavinoky weighs in on the legal issues facing Chris Brown and the criminal charges filed against him. Says Kavinoky, "It's assault with a deadly weapon, the gun, which technically is a wobbler meaning that now the prosecutors have the discretion to review the evidence and decide whether to file it as a misdemeanor or a felony even though he's been arrested for the felony arrest. If he is evicted of a felony though, now it's going to turn on what kind of gun is it. Because assault with a deadly weapon with a firearm carries a maximum of four years unless it's a semi-automatic firearm in which case you can bump that number up to nine [years]. So I don't know what kind of gun she is alleging was pointed at her but it makes a big difference."

How does a DUI arrest lead to lethal choke hold?

By Darren Kavinoky in Current Events & Legal News on August 31, 2016

Chris Brown's "Past Could Return to Haunt Him"