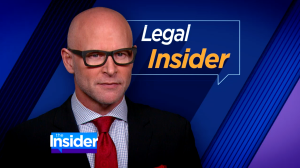 March 18, 2016–Today’s announcement by the St. Petersburg, Florida jury of Hulk Hogan’s win in his case against Gawker is a $115 Million Dollar hit against the website.

For more on the case please see CNN Money Tom Klundt’s report, “The jury in Hulk Hogan’s invasion of privacy suit against Gawker Media awarded the ex-wrestler $115 million on Friday.”

The Gawker defense claimed that airing the Hulk Hogan sex tape was a First Amendment Right and that the celebrity made his sex life public knowledge.

The jury in the case deliberated for 6 hours and came back with a verdict that put Hulk Hogan, real name Terry Bollea, in the winning seat.

Hogan tweeted his gratitude for the verdict:

Along the twittersphere, #HulkHogan is trending with loads of support for the former professional wrestler. Also trending are #hulkvsgawk #Hulkamania and #HulkHogan2016.

So happy for @HulkHogan & his family…. So very proud of the faith you have had through this ordeal from day one.

My advice to @Gawker is to start over again in your basement and perhaps, in time, you can rebuild.#HulkHogan

Take that, @Gawker! #HulkHogan wins $115 million dollars in #sextape lawsuit. Where do I sign up??

Inside the Case – Hulk vs. Gawker and Law & Order SVU